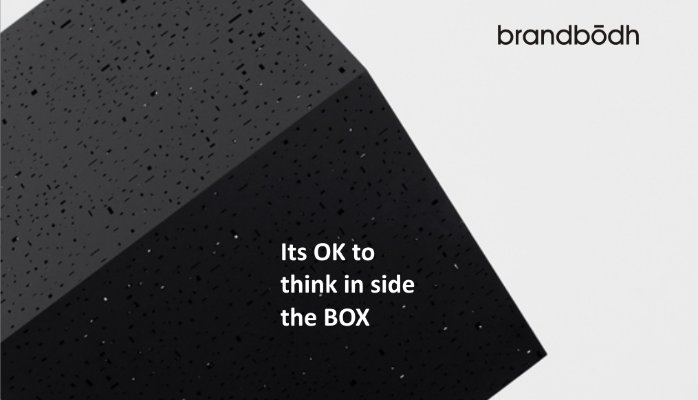 Think Out of The Box

Think Out of The Box

Often in our pursuit to think outside the BOX , we never peep inside , the inside might be more insightful and meaningful and SIMPLE  , the inside which can shape the outside.THE BOX am referring to might be an organisation its people ,culture, a mindset , a set of beliefs, your consumers their expectations ,your instincts or simply the data.

Sometimes we over kill an idea , and complicate it further by calling it a STRATEGYwhen may a times its simply mere LOGIC , which do not require the S# word

The dimensions defined by the BOX  ( consumers expectations , the data, or your instincts) sets  the  clear guideline to communicate which are often STRAIGHT to the POINT . whereas we wander OUTSIDE the BOX towards Pointless assumptions and conclusions.

A Holistic review can be done QUICKLY if you see inside first .So next time before you start thinking out of the BOX,

see the black BOX , which is inside us all.